We’d like to congratulate Cathy Dreyer on her recent appointment as Conservation Manager at Addo Elephant National Park in South Africa’s Eastern Cape. Cathy is an inspirational conservationist, in 2016 she won the prestigious TUSK Award for Conservation in Africa and she features in our new PACE Careers in Conservation Module.

When Cathy was young she used to go walking near her home in Cape Town and on Table Mountain. She said that she always knew she wanted to do something outside, and she’s done exactly that.  She has worked with rhinos, and is called the rhino whisperer! Her work has resulted in rhinos living in areas of South Africa where they had been hunted out. She has taught so many people about rhinos and their importance, and made it possible for many more people to experience rhino in their natural habitat. 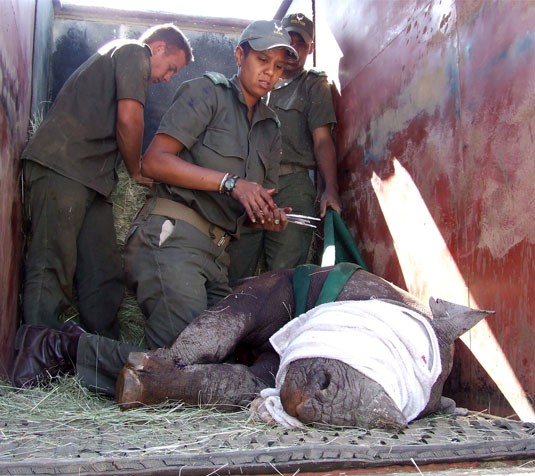 Cathy’s success is based on perseverence, focus and ability to bring people together.  She has shown that a disadvantaged background is no barrier to reaching true heights – a true role model.    You can read more about Cathy, how and why she came to work in conservation, and the impact she has had, in the PACE Careers in Conservation module.