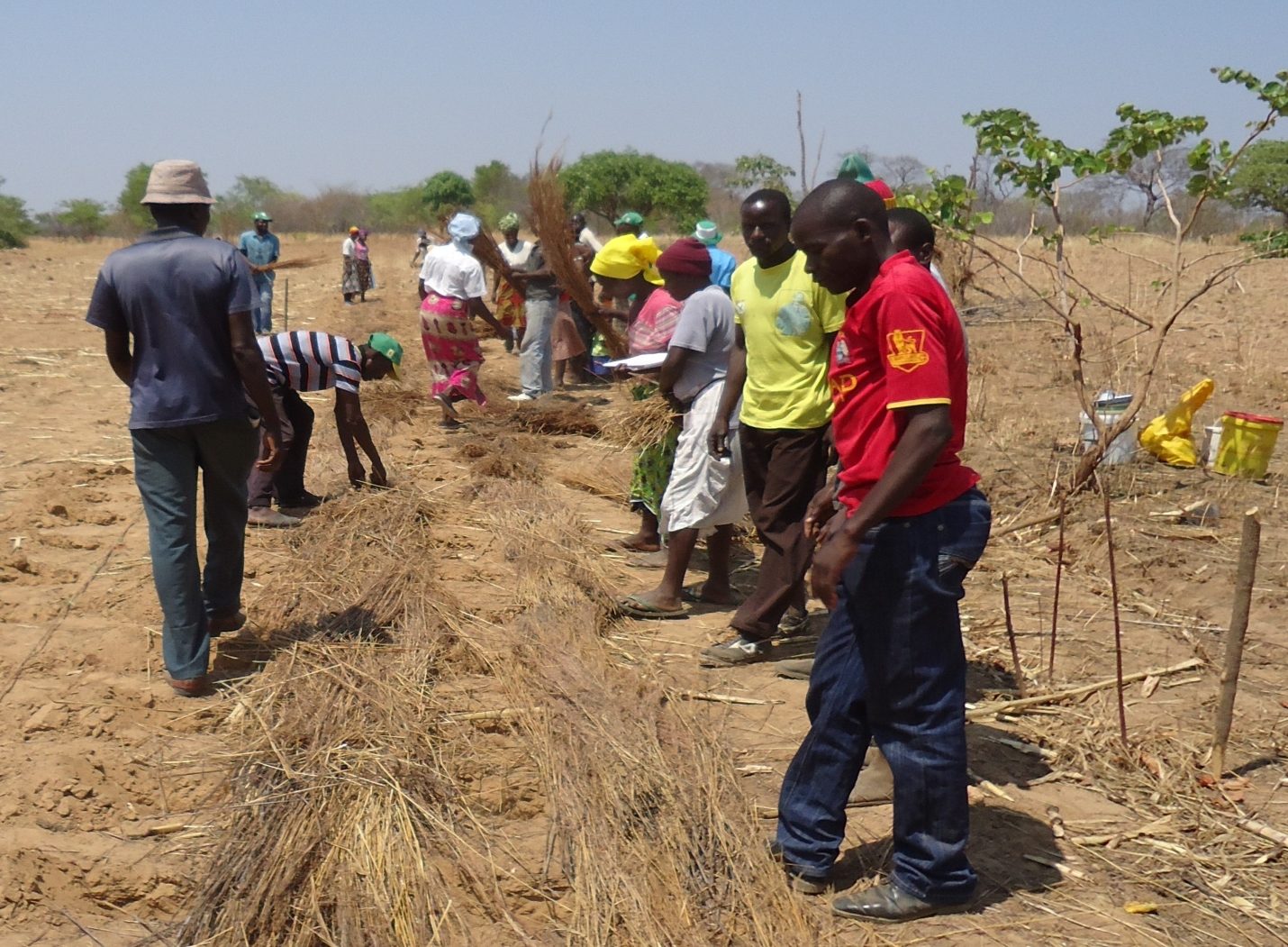 Climate Smart agriculture, also called Conservation farming is a no till approach.  No plough is used to till the soil.  The lack of tilling maintains soil particle size meaning that more water can infiltrate deeper.  This, with the extra organic matter added to the soil makes farms more resistant to drought, and also to erosion.

In ‘Conservation Farming’ permanent planting stations or basins are used whereby the farmers plant their crops in the exact same place each season. They put compost or manure onto the planting stations every year, directly feeding the plants that are grown there. Instead of burning to clear the fields before planting, in conservation agriculture the grass is cut and used for mulch. The mulch can be stacked and stored in the fields.  By adding mulch together with compost, the overall soil fertility is improved year by year meaning that yields are increased.  Higher yeilds means more income, improved standards of living and greater security for communities.

Chemical fertilisers are not required when these methods are used, so input costs are reduced for the farmers. High carbon emissions from fertiliser production are also avoided.

Conservation farming is a response to climate change that helps people, wildlife and the planet. The photograph above is from a Carbon Green Africa training in northern Zimbabwe.  In the Kariba REDD project there, some of the best farmers are now using this method as standard. Some have even reduced the area that they cultivate because their harvest has increased so much.

One of the biggest threats to wildlife is habitat loss, and expanding farmlands is a major contributing factor.  By maintaining the fertility and increasing productivity of farmland conservation agriculture means that people don’t have to expand or clear new farms every few years.   Helping people, wildlife and the planet!

Climate Smart Agriculture is just one of the solutions featured in the PACE Climate Change module.   For more information write to pace@tusk.org