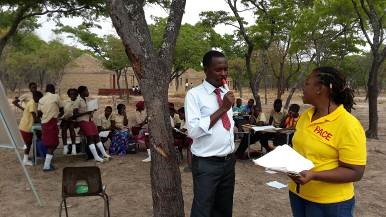 Mutohwe is a very common local indigenous tree whose fruits are a delicacy to the Sebakwe community. Its common name is the Snot Apple tree (African Chewing gum), the Latin Name is Azanza Garckeana.

The Mutondo tree, Julbernadia globifora, is another common species in the Sebakwe area that is on the decline due to over-dependence of the local communities – it is amongst the most preferred sources of firewood.

Our essay writing allowed learners to role-play and think deeply about their relationships with these trees. The lower grades submitted their entries as posters. It was exciting to see one poster in which a Mutohwe tree was drawn ‘bent over’ due to the pressure of all the people sitting on almost every one of it’s branches.  For me as an adjudicator it was so encouraging to see learners thinking about human dependence and impact on trees.

Exciting stories were written by the older grades, most were written in the local language.  It was clear  that the essay writing got learners to think deeply about the value of trees, and how human well-being was interlinked to trees. 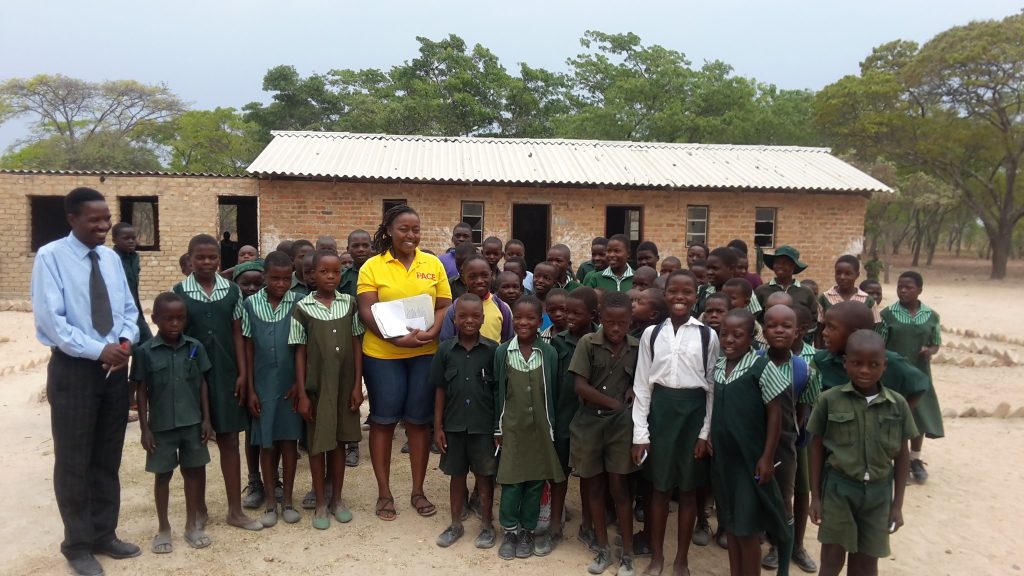 Report by Palloma Pachiti-Mutemi – PACE Champion, Education Officer and Manager at Sebakwe Education Centre, in the Midlands of Zimbabwe.