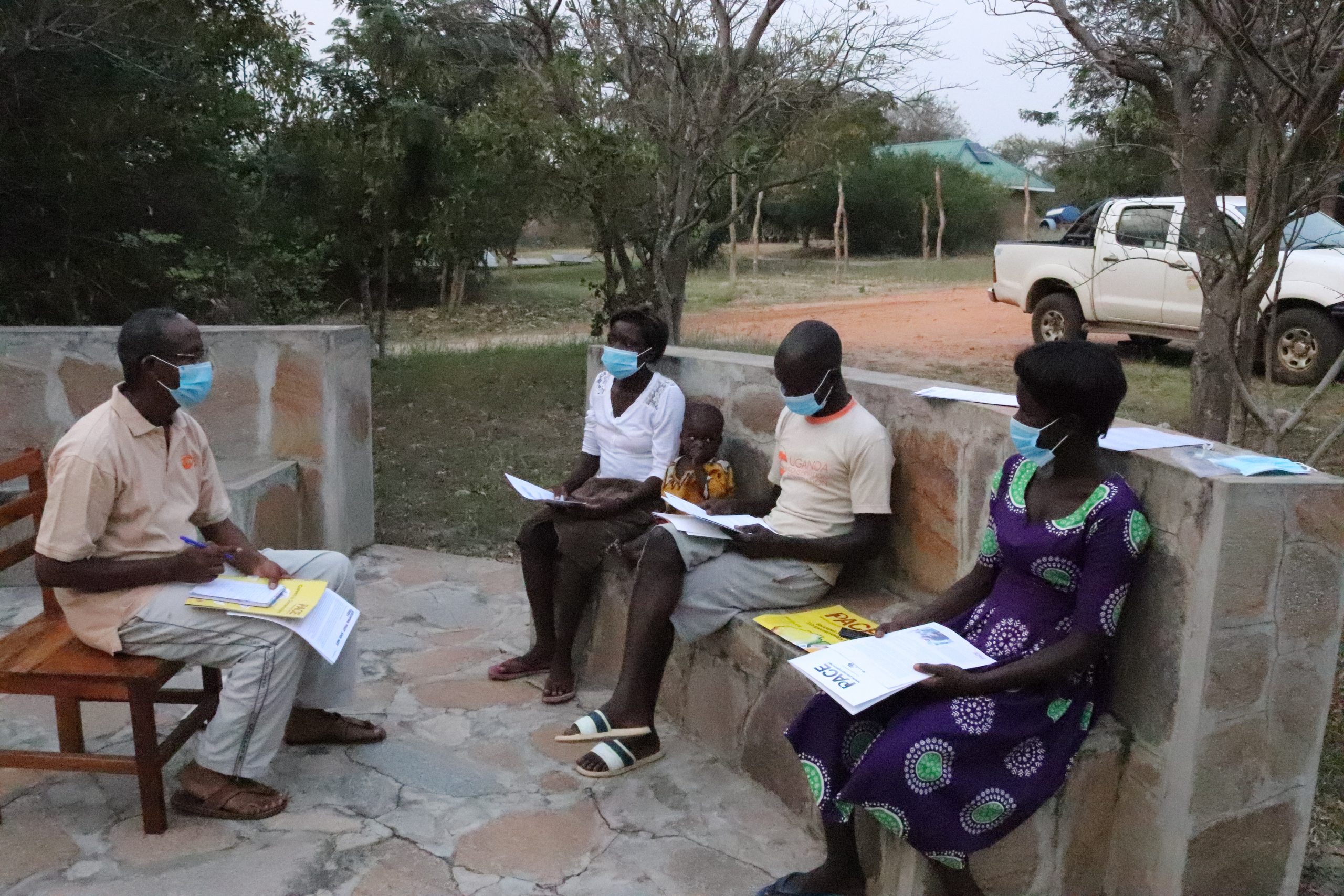 Uganda Conservation Foundation (UCF) received a consignment of new PACE materials late last year. They were well received by the UCF field team and swiftly shared with their community volunteers, who we are pleased to say were equally positive.

Uganda Conservation Foundation has been doing vital work in and around the Murchison Falls National Park in Northern Uganda for nearly two decades.  It was the country’s first and very famous national park, home to iconic wildlife, including the rare Rothchild’s giraffe. But poaching and communities struggling against poverty have taken their toll.

Derek Lubangakene and his team at UCF are working with those communities to help them find ways in which they and the wildlife, can all thrive together, peacefully. Their Living with Wildlife project, a partnership with TUSK and Send a Cow has been supported by the British government. It will use PACE to inspire and guide new community-based, sustainable solutions to the environmental challenges people have faced: problems like human-wildlife conflict, low agricultural output and lack of employment.

In the photo above UCF’s Patrick Agaba and conservation volunteers in Nwoya are exploring PACE packs which they will be using with adult self-help groups, as well as youths and in schools.   The  packs contain films illustrating how people in Zambia, Tanzania and Kenya have used simple techniques to solve their own, similar human-wildlife conflicts. They include simple guides on how to implement these solutions, as well as films and action sheets on the techniques of conservation agriculture, permaculture, the use of biochar, fuel-efficient cook stoves and scores of other solutions that have helped people experiencing the same challenges as communities in northern Uganda.  Derek, Patrick and their local UCF partners already have plans to translate some of the PACE posters and action sheets into local languages, we look forward to reporting on their progress over the coming year.